The air in your home is much more likely to be polluted than the air outdoors. In fact, it is generally accepted that indoor air can be 50 times more polluted than outdoor air. When you consider that the average person spends more than 80% of their time indoors, your family’s good health may very well depend on you protecting them from an unrelenting attack by the hundreds of millions of airborne particles in your home.

How many particle are there in air?

Each cubic foot of air in your home is quite likely to contain millions of particles. They are so small that you can’t see them however, when you breathe them in a rate of about 500 cubic feet per day, you end up acting as a living air filter system. The average adult breathes in the equivalent of 1-2 teaspoons of particulates every day. Imagine how much of this remains in your body. 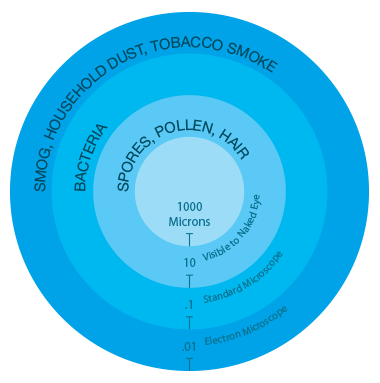 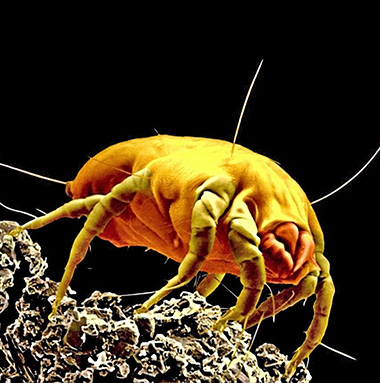 Which particle are worse?

Generally, when speaking of non-living particulates in air, you will find that the smaller particles are the most likely to enter into your respiratory system. Certainly the particles which are 1 micron and smaller can do the most damage and hence they are known as “respirable”. They will often lodge themselves in your respiratory system (lungs, etc.) Your body’s immune system can be seriously impacted by man made chemicals contained in these particles. Debilitating allergic reactions can occur and these may lead to chronic respiratory disorders.

What about the living particulates?

The living particulates are often referred to as bioaerosols. They can make up a very large percentage of airborne particulates. For example, every times someone sneezes, a large bioaerosol “cloud” is launched out into the air. The micro-organisms from this sneeze are floating in the air, ready to be inhaled into your body. Certain contagious diseases are often transmitted from person to person in this manner. Often large amounts of mold, mildew and fungus are also present in your home’s air. Powerful allergic responses to them can result if constant exposure occurs over extended periods of time. Perhaps one of the most interesting yet alarming air polluters is the common dust mite. Its feces are found throughout your home, even if your home is clean. Many people have allergies caused by inhaling this most unpleasant sub-micron particulate.